This is a review of the Escape Room “Monika’s Diary” offered by Dare Escape Rooms in Athens, Greece. 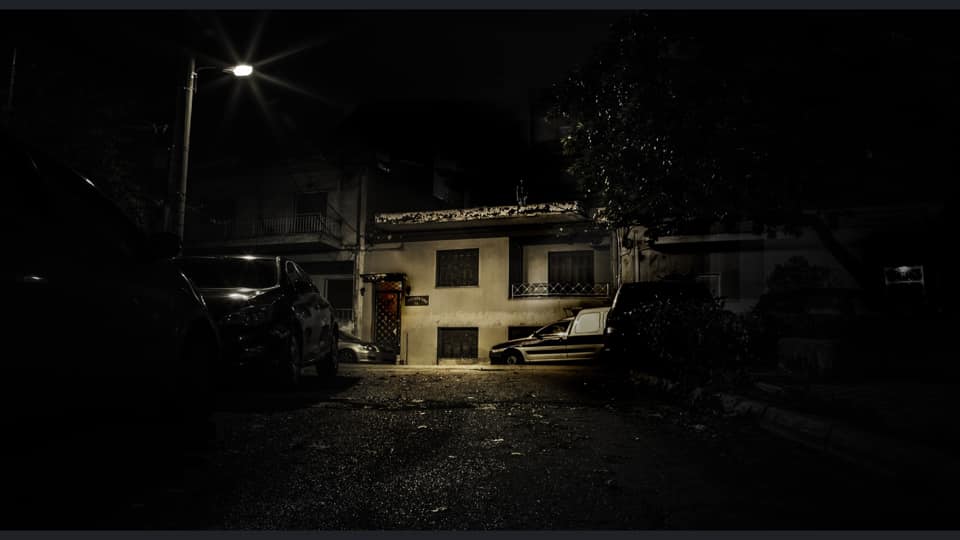 We are group of investigators from the Greek police department and have a search warrant of Athens Court of first instance to search the residence in Aristotelous 19 in the municipality of Kallithea, Athens.

The owner of the house is suspect Frank. We have to avoid any contact with him, as he is considered extremely dangerous.

We arrived at the spot. The building looks very scary from the outside. Bar bars in front of the front door, the shutters are closed and locked. I wouldn’t enter the building alone! But we are guardians of the law. What can happen to us? So we pull out our search warrant, gather up all our courage and ring the doorbell…

The building, which we explore bit by bit, is really very big (230 sqm according to the operator). The furnishings are very authentic, which is not surprising, as all the furniture was taken over by the previous tenant.

What you don’t see is all the technology in this building. Behind the scenes, miles and miles of cables have been laid for sound, light and effects to make the whole thing a really scary immersive experience for the investigators. I really like the atmosphere.

But that’s not all! Of course we are NOT all alone in the house and you can expect one or two surprises as well as some good fright moments.

We were the first group to play Monika’s Diary in English. It wasn’t clear until the end if it would work, but the owner worked on the translation until the last day. Thanks a lot❣️ Also for letting us play already in the afternoon by creating an extra slot.

Everything went smoothly, except for a small incident in which we were suddenly completely in the dark. At first we had suspected Frank, but it was
an actual blackout that affected the entire neighborhood. We bridged the time with a nice chat by candlelight 🕯 with the owner and after the system was online again, we continued our investigations abruptly.

What else is there to say?
Credible and very exciting story.
Rising tension curve. Rapid finale. So really nothing missing for a top escape game. Well done Dare!

We recommend 3-4 investigators for this really very stirring case. But beware! With a scare factor of 8 this is nothing for weak nerves.

By the way, there will be a 2nd act, a brand new custom Story called The Litchver Woodland and promises to be The most realistic outdoor-indoor. We are very excited! We’ll be back! Promise!!

Monika, at the age of 12, disappears into depression for her mother’s four-year-old suicide. Frank, her father, is eventually left alone, losing his wife and child, and continues to live here to this day. Monika’s case, with zero data, closes in December 2005 under the heading “Disappearance”, and remains closed for several years until today. A few weeks ago, a new evidence came to light, as, as then, someone anonymously reported screams from the property’s basement exactly as when little Monika was lost, and the case was reopened