This is a review of the Escape Room “Evil Dead 2™” offered by Hourglass Escapes in Seattle, WA, USA. 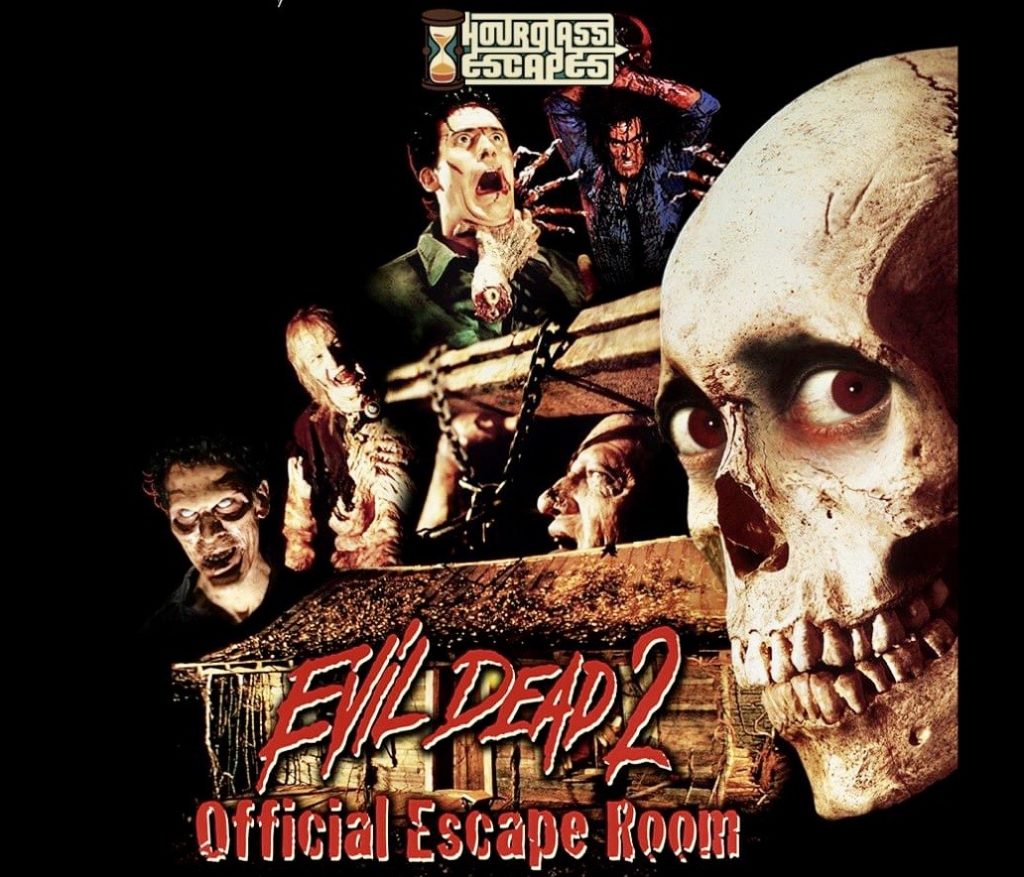 The paranormal investigation group “Gnostic Research of the Occult, Omens, Vampires, and Yetis” aka G.R.O.O.V.Y. has taken up the case and gathered a team of experts to break into the old Knowby cabin. Equipped with ghost gear technology they must find a way to return the evil dead to their realm, help Ash get back home, and to escape before the cabin is sucked into the time-space vortex forever.

The team is a motley crew of six completely different characters. Each one has his or her own background and motivations to take part in this daring endeavor.

The Canadian Historian – alias Ryan (special equipment: Spectacles)
Your partner, Dr. Carter, has discovered some information about the Cult of Kandar in his most recent archaeological dig and has sent some of his findings for you to analyze. Before you are able to, however, you were contacted by the G.R.O.O.V.Y. ghost hunting company to oversee a mission which may actually involve dealing with Kandarian demons.

The Detective – alias Zohaib (special equipment: Magnifying glass)
Over thirty years ago, a file landed on your desk. Quadruple homicide that looked like a cult ritual killing in the old Knowby cabin. For years you obsessed over the case, but all it got you was a sleeping disorder and an early retirement. This morning, while perusing the internet, you saw an article that hit you in the gut like a ton of bricks- or maybe that was the three cups of black coffee before breakfast. Either way, the Knowby cabin has mysteriously teleported to the middle of a building in Seattle. An investigation by the G.R.O.O.V.Y. Ghost Hunting Company had you punching up your resume to answer their job posting.

The Psychic – alias Magritte (special equipment: Tarot Cards)
All week the cards have been foretelling a foreboding future of hellfire and undeath- but really, when aren’t they? But this morning, you felt a felling shift in the integrity of the veil between worlds somewhere downtown. Being a certified medium, you followed this trail of energy, where you discovered a team of ghost hunters also preparing to investigate. Naturally, you offered your services.

The Realtor – alias Heiner (special equipment: Keys)
Real Estate is the name of the game and when it comes to Seattle, your name is top of the charts. There isn’t a hole in the tree that you couldn’t put a squirrel family into. So, when you heard about a quaint (possible haunted) cabin surfacing in the Seattle area with a possible vacancy, you made your move. This could be the edge that you need to take home the Annual Real Estate Award of Excellence, possible demonic possession be dammed. Eat that, Jenny from Winderwere Real Estate!

The Skeptic – Jackie (special equipment: UV Flashlight)
While bored at work, you found yourself scrolling through Craigslist. Now that they’ve taken away the fun of perusing the personal ads, you have had to get your kicks from trolling people in the rants and raves forums … until, that is, you discovered a hilarious job posting that claimed to guarantee interaction with the paranormal. “This ought to be good for a laugh”, you thought.

The Ghost Hunter – alias Julia (special equipment: Ghost Finder)
It’s been three weeks since you informed everyone online as to whom they should call if there are preternatural happenings within their community, and yet the business’ phone has never left the proverbial hook. After doing some investigation, you discovered that your ads are being outshined by larger corporate ad campaign for the G.R.O.O.V.Y ghost hunting company. These big out of the town corporations are always terrible for small business… but hey, they are hiring.

Every player can slip into one of six specific roles at Evil Dead 2™, and depending on this role, he or she will also be given a specific piece of equipment that only he or she is supposed to use during the mission. The more the team members get involved in their role, the more fun it is. We took it very seriously and, much to the liking of our gamemaster, we dressed up according to our role.

Magritte – you could almost believe she does this as a sideline – as a fortune teller, always had interesting inspirations, which she shared with the team with a Russian sounding accent.

Evil Dead 2™ has some nice jumpscares and technical gimmicks. However, I think the acoustics for remote play are still in need of improvement. I guess that’s a little more intense when played live. During the game we collect quite a lot of things in our inventory and can watch/listen to them in calmly. However, you run the risk (at least I had the feeling) of missing something of the game if you don’t have the possibility to work with two displays or have a relatively large monitor that you can split.

There are numerous references to the movie, and real fans will of course recognize a lot of the utensils from it.

In the year 1987, Ash Williams and his girlfriend visited the seemingly abandoned Knowby Cabin, where he unintentionally summoned a troupe of Kandarian Demons. After one of the demons swallowed the soul of his girlfriend, Ash had to resort to drastic measures in order to defeat her and the rest of the demons. Using an incantation, he found within the Book of the Dead, he opened an interdimensional portal in hopes of trapping the demons… But the portal claimed the entire Cabin an Ash along with it!
Now, in the present day, the cabin has miraculously resurfaced in the wall of Hourglass Escapes. It is up to you to investigate the paranormal phenomes and help Ash get back home. 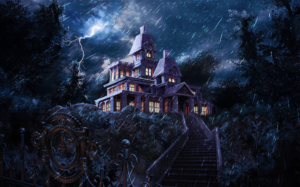 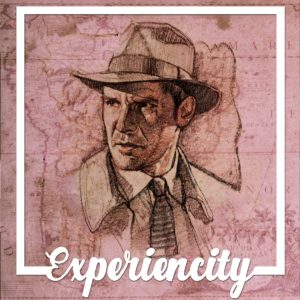 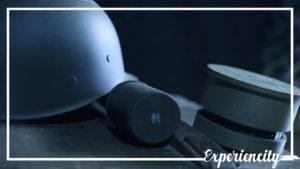