This is a review of the Escape Room “Submarine Bunker” offered by Escape Rush in Brussels, Belgium. 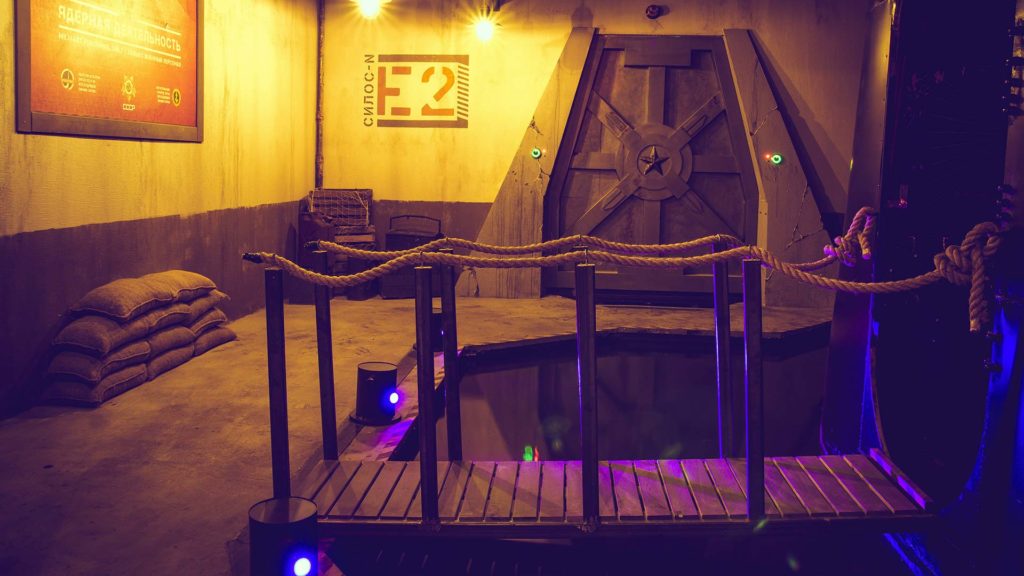 Intercontinental missiles with nuclear warheads were fired from a Russian submarine bunker, which are now approaching three major world capitals. It is too late to evacuate the metropolises, but there may still be a way to prevent the disaster. To understand how this can be possible, one must know the tragic story of Hadrian Ravenswood. Here is the short form of one of best elaborated background stories I have read about an escape game so far.

Ravenswood’s story
Hadrian Ravenswood, heir to a long line of renowned tailors, grew up in the London suburbs. When his teachers saw that he was more intelligent than his peers, they encouraged him. He attended Oxford University at the age of 15, where he switched from mathematics to quantum physics. A few years later he published his thesis on the theory of the possibility of teleportation by bending the space-time continuum.

His thesis soon attracted the attention of the US military, which henceforth financed its costly research on teleportation. When Ravenswood found out during a test in 1975 that he had succeeded in creating a 1-hour time loop, he realizes the danger that lies in his discovery and begins to destroy the records of his research. But his assistant Crawford manages to save some documents.

Ravenswood begins a normal life, gets married and has a daughter. Everything is running smoothly. But then Crawford, who was unable to use the stolen documents to reconstruct the time machine that his former mentor accidentally created, turns up again. After unsuccessful attempts to persuade Ravenswood to work together again, Crawford kills his wife and daughter to force him to recreate the machine to prevent the murders.

Two weeks later, when the machine is finished, Ravenswood has to realize the limits of its technology. The time machine can only go back a maximum of one week in time and for a duration of no more than an hour. Since he can no longer save his family, he decides to use his time machine to prevent terrible acts around the world.

To keep his discovery from falling into the wrong hands, he disguises it under the guise of his parents’ tailor’s chain and recruits trusted agents to send them on carefully selected missions. It is not uncommon for governments and secret services to come to Ravenswood’s tailoring shop to get help, correct an injustice or prevent a disaster that has occurred.

This fantastically knitted backstory about the Ravenswood-Organisation, somewhat reminiscent of Kingsman, serves as a framework for the current and future missions. The Ravenswood tailoring can hold a candle to any men’s outfitter. Across from the tailor shop is a pharmacy from which the gamemasters are running the games. This is also not recognizable as a fake from the outside. It has already happened that passers-by wanted to buy something in the pharmacy. There are currently two missions – Submarine Bunker and White House. A third, named Tokyo Lab, has already been announced.

The Escape Rush sets are, with 100 square meters per mission quite generous in terms of space, also creative, professional and tailored to each mission. The Ravenswood tailor shop is always the starting base. The transition between the shop and the mission objective – the agent briefing and the time travel – were very well done. Our mission is to infiltrate the Russian submarine bunker and defuse the missiles before they launch. The entry set of Submarine Bunker is large scale and very impressive. All this makes you feel like taking part in a movie.

The puzzles were unfortunately not the strongest point of the game. As far as that is concerned, there is certainly still room for improvement. We sometimes felt a bit stumped or lost, especially in the first part. There wasn’t really a good flow to the game. In the second part of the mission, the puzzles were a bit too uniform and repetitive for my taste.

Nevertheless, Escape Rush is a clear recommendation if you’re in the Brussels area. After all, both missions (Submarine Bunker at #236, and White House at #188) made it to the 2020 TERPECA finals. We’ll be happy to come back for Tokyo Lab.

Your mission will be to use the time machine to go back one hour before the disaster: Three intercontinental nuclear warheads have been launched from the bunker where you will be sent. We need you to track the CIA operative that has been sent and find a way to disarm or neutralise the missiles before it is too late. After one hour the temporal loop will collapse and you will be transported back to the present whether your mission is a success or not. We are all counting on you! 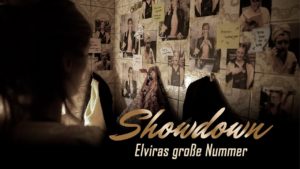