Murder on the Orient Express

This is a review of the Escape Room “Murder on the Orient Express” offered by The One in Paris, France.

Some great, innovative rooms have opened in France these last weeks. The one is one of these. The venue is located in the heart of Paris, ideally situated to be reached by public transport for the pleasure of tourists and Parisians. For commuters like us who come by car it’s a bit more complicated, but don’t worry, there’s a car park not far away.

There is something here that reminds me of a luxury hotel. It’s a change from the many “mass” reception areas, sometimes dirty, often uncomfortable, which make us want to play as quickly as possible. Here you feel like making yourself comfortable and staying there.

is done in several parts. First of all there is the usual briefing, then the distribution of the characters and then the final briefing which is a bit like a narrative introduction.

Moreover, the game master is PERFECTLY integrated into the narrative. He becomes an indispensable character to progress. At first I thought it would be strange, but no, not at all on the contrary, but I won’t tell you more so as not to spoil this aspect of the experience.It’s very well done.

So let’s tackle right away what may make some people doubt: the role play, because yes, you’re going to play a character who took the express route and may be guilty of a murder. Our group was quite heterogeneous, to give you an example: I love role play, Saol is much less into it and yet we were all quite comfortable during the game. In fact the character you play will simply bring you together.

In our team some of us focused (probably too much) on the escape side and therefore missed the investigation. It’s a pity, because that’s what makes this room so original. So my advice is this: forget what you know about escapes or murders and let yourself be carried away by this new proposal from The One.

A narrative at the centre of the adventure

As part of this game is to unmask a culprit in our midst, but also to clear our names, I can only take my hat off to the coherent and rich adaptation of Agatha Christie’s work. It’s surprising, coherent and some of us were able to find out what happened in that carriage, so it’s quite possible to solve everything.

I’m very demanding when it comes to settings, it’s my job, so I have a lot of trouble with anachronisms and you should also know that as a youngster I took the Orient Express, that I love Agatha Christie’s world and that like some of you I’ve seen several films inspired by the novel.

I really liked the setting which immersed me in the world of this luxury train and then there was an element which made me think that we were really in a moving train and I, who adore trains, didn’t want to leave.

However, you have to take into account that you are in a train and that space is therefore naturally limited. Besides, the room can be played with 4 to 6 players. 5 seems to be the ideal number of players though.

are perfectly coherent with the places in which we evolve. We won’t find any incoherent padlocks, no out of context sudokus. Everything is integrated into the setting and the story. I love it.

The One, arrives with a bang on the Parisian escape market. They offer us a top-of-the-range experience, from the entrance to the shop, through the toilets (toilets are important), the staircase, the lights and right up to the room (which is the most important thing).The welcome, the narration and the puzzles are neat. We forget that we are in an escape, forget the passing of time and above all I managed to be totally taken by the game. Let’s say it… for an hour, I was Mrs Ribbenhaim.I would also like to give you some advice. Don’t do what we often do. Don’t go to one room after another after the Orient Express. Go and talk to your friends about the experience. Stay a little bit more immersed in the universe that the one offers you, because I only want to go back there. Which would probably be possible one day. 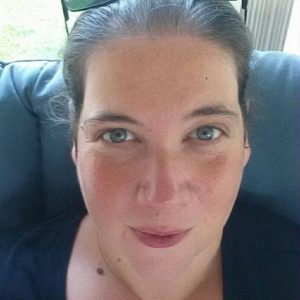 The One Paris, France

Winter 1934. 23:42.
The mythical Orient-Express continues its journey to Istanbul in luxury and calm.
Each passenger is there for a specific reason. They don’t know each other and only exchange quick glances as they pass each other in the train’s corridors.
It is a night like any other, but there seems to be a strange atmosphere on board.
Some are toasting in the cigar-filled bar car, while others are secluded in their cabins.
Suddenly, a scream, followed by a thud from Samuel Lioretti’s cabin, breaks the silence of the night.
He is dead! Murdered… But how is that possible? His cabin is locked from the inside.
You are the only passengers on this train, the murderer can only be among you!
The conductor seems to know the truth. He summons you all, but you’re stuck for time! You must prove your innocence and discover who is behind the murderer before the police take over at your next stop.
In this unique Escape Game/Murder Party investigation, you will be the suspects and all suspicions will be on you. Prepare yourself to live a trying huis clos and … beware, appearances can be deceiving… 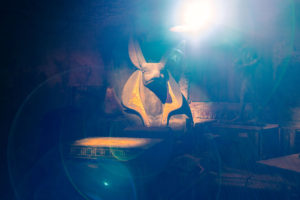 The Mystery of the Deveaux Family